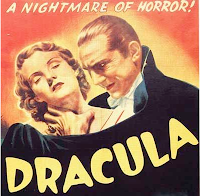 The Many Lives of Count Dracula. There was plenty of inspirational material for Bram Stoker's vampire, who went on to inspire all other vampire characters.

It's a terrifying scenario you may have dreamed about: falling to earth from a high altitude. Popular Mechanics has a survival guide that will take you longer to read than the six mile fall would take. (via Metafilter)

Will Marry For Health Insurance. Too bad it has to come to this, but people get married for far more frivolous reasons. (via Neatorama)

4 Strange Greenpeace Moments. Sometimes the quest for publicity pays off and sometimes it backfires bigtime.

10 Unbelievable Inheritance Stories. (via Look at This)

A survivor of child sexual abuse is still victimized years later because of a video still in circulation. Now she's seeking restitution from anyone who downloads it, but some think this may set a disturbing precedent.

Five myths about America's credit card debt. The short version: it's not all your fault!

The Vancouver Experiment. Nothing to do with the Olympics, this experiment involves helping heroin addicts with a safe place to shoot up. (via Metafilter)
Posted by Miss Cellania at 2/05/2010 09:06:00 AM