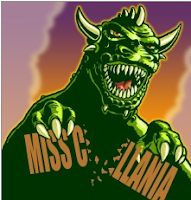 The blog Bank Notes is a collection of real robbery notes from all over. They aren’t literary masterpieces, but some are interesting, along with sparse details of the actual robbery. (via Metafilter)

Top 3 Tips To Motivate Yourself While Learning A Second Language. Bonus: they all involve using the internet. (via Lifehacker)

10 Scandalous Stars of the Silent Screen. The tabloids were just as busy covering actors and actresses 100 years ago as they are today.

You can get a taste for what it was like to live through historical moments by watching converted film footage, news reports, historic speeches, sports coverage, and even famous musical performances with this listing of 101 video links. (via the Presurfer)

8 Racist Ads You Won't Believe Are From the Last Few Years. Of course, not everyone will see racism in all of these, so let the debate rage.

In 1898, two lions in Kenya were killed for killing and eating 135 people. New research on their preserved bodies causes scientists to re-estimate the number of victims to 35 people.

The recruitment, training, deployment, and finally the homecoming of an American soldier. Ian Fisher was followed and photographed for 27 months to complete the entire story. (via Fark)

13 Examples of Literature in Song, with more examples in the comments. One day, someone will write books about these songs, and then songs about those books!
Posted by Miss Cellania at 11/05/2009 08:28:00 AM