Extremophiles: Life on the Edge 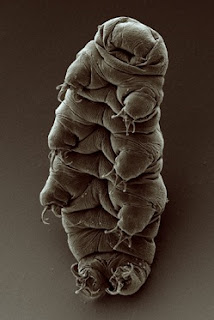 The possibility of life on Mars and other planets and moons has been debated for as long as we have known about those planets. Now that water has been found on the Mars, that possibility is more believable than ever. Sure, conditions are fierce on Mars, but research here on planet Earth reveals that life forms can be tough. In fact, wherever it was once thought that no life could exist, more and more organisms are being found that not only live, but thrive and evolve. Read about them in this article I wrote for mental_floss.