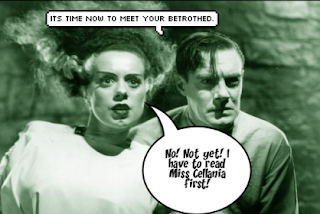 Who Was Dr. Frankenstein? If the character was modeled after a real person, here are seven possible suspects.

What does it take to get kids to eat healthy foods? Bribery, according to scientific studies.

America\'92s Nastiest Toxic Waste Dumps (And Whether Or Not You Live Near One). Always good information to have handy.

Ze Frank tells the history of Afghanistan in three minutes. Just an overview, but more than most Americans know about a country we're fighting in.

The Top Ten Internet Rules and Laws. They were never legislated, but are more like scientific laws in that they are observed in action over and over.

A people's history of the internet: from Arpanet in 1969 to today. I found out the first message sent on the internet was "L... O..." and then it crashed.

How Rewards Can Backfire and Reduce Motivation. Ask anyone who turned an enjoyable hobby into a career.

Norman Rockwell: The Original King of the Photoshop. Of course, the software didn't exist back then, but he was a master at taking a photograph and making it something special.

The term ghost ship can refer to a mysterious apparition of a ship when a ship is not really there, or it can refer to an abandoned ship found with no crew or passengers, usually under mysterious circumstances. Both kinds are listed here in these ten spooky stories of ghost ships. (via Unique Daily)
Posted by Miss Cellania at 10/28/2009 07:43:00 AM