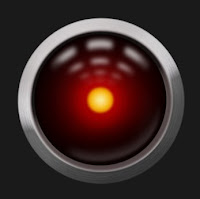 Science fiction warned us, now real world scientists are becoming concerned. How will we control robots that are too smart for us?

11 Famous People Who Were in the Completely Wrong Career at Age 30. See? It's never too late to shift gears when you find your calling.

10 Incidents of Cannibalism. As repulsive as the practice is, there's a world of difference between eating corpses to survive and killing people to eat.

Marvin Heemeyer spent a year and a half modifying a bulldozer into an "armored vehicle of vengeance". In 2004, he rampaged through the town of Granby, Colorado, smashing vehicles and buildings, including the homes of those he felt had plotted against him.

The Mysterious Downfall of the Neandertals. The standard theories of why they disappeared don't hold up, so scientists are looking in new directions.

Respect For the Fungus Overlords. The Loom explains the details of zombie ants and the fungus that controls their lives and deaths.

Crows can recognize individual people, but can you recognize a particular crow in a photo lineup? NPR presents the quiz and an accompanying video about crow research. (via the Presurfer)
Posted by Miss Cellania at 8/03/2009 08:38:00 AM