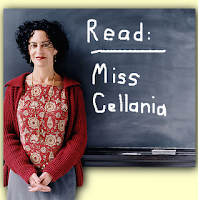 Some people believe the BS about "death panels" under the proposed new US health care plan. The problem is, we already have them under the current system, and they don't belong to the government. (via Simply Left Behind)

Decidophobia, or ten ways people go to great lengths to avoid making a decision. We all want freedom of choice but would rather stall for time than make the wrong decision. (via Metafilter)

Thousands of people live up to receive free vision and dental care in Appalachia. 4,000 teeth were pulled in three days from the mouths of people who can't afford regular dental checkups.

Top Five Most Respected Military Geniuses. All the technology in the world can't out perform a commander who was born to lead.

My Father, The Inglourious Basterd. The real story that inspired Quentin Tarantino's Nazi revenge movie is even better than the Hollywood version.

Adjustable-focus eyeglasses could mean clear sight for millions who don't have access to optometrists. And mean money saved for those who do.

Ethiopia's passion for bureaucracy. A few more rubber stamps means that no one wants to take responsibility for anything.
Posted by Miss Cellania at 8/12/2009 06:37:00 AM