The Amazing Life of Audie Murphy 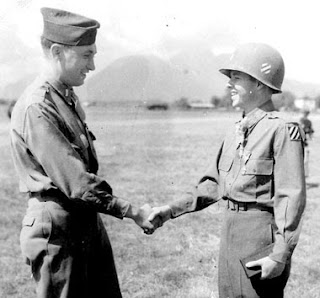 Audie Murphy was a star in more ways than one. He was the most decorated hero of World War II, after being rejected for service because of his youth and size. He returned from war hailed as a hero, only to see hard times once again as he tried to find civilian employment. But that was just the beginning of his story, as he became a movie star, songwriter, veteran’s advocate, and a role model as you’ll see in this article I wrote for mental_floss.
Posted by Miss Cellania at 8/20/2009 01:35:00 PM