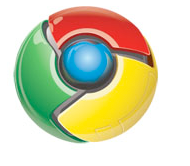 Which is the fastest browser: Internet Explorer, Firefox, or Google's new Chrome? Safari is sadly missing from these tests. Also: what does that logo remind you of?

6 Questions to Ask Yourself to Get the Most Out of Life. The question I ask myself most often is, "What did I come in here for?"

Why it's so hard to swat a fly. This high-tech explanation makes me respect them more. Not really.

Facebook Ads Target You Where It Hurts. Contextual ads know where your insecurities are, and someone is always willing to sell you something for it.

A pictorial history of the monowheel. These vehicles never caught on, but inventors are still fascinated with perfecting them.

How to survive your first college roommate. Most of them won't be back for sophomore year, anyway. Mine was kicked out.

Woolly Mammoths found in Russia have North American genetic markers. The evidence points to migration across the land bridge going both ways, but the question remains: what killed off the Siberian strain of mammoths?