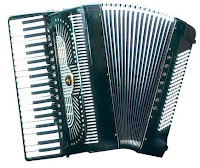 Five Things You Didn't Know About the Accordion. Probably because it never occurred to you to ask.

This Won't Take A Minute.

Why it's dangerous to be a witch in a recession. Bad times have to be blamed on someone.

Pinhook Bog in Indiana has many unique plant species, including three that eat insects. It's not open to the public, because the bog itself can eat people!

Gut Instinct’s Surprising Role in Math. New research suggests that math teachers might do well to emphasize the power of general reckoning.

Meet Dave, the Man Who Never Takes Out the Trash. Lucky for his family, he doesn't produce as much as most of us.

The new California Academy of Sciences has more environmentally-friendly features than you can shake a stick at. If you are really into shaking sticks.

Research on the "geography of personality" finds that certain regions of the US correlate with certain personality traits. Some of these traits feed into stereotypes; others don't.

Stop for a minute and admire the beauty of Scotland. You'll thank me after a few pages.