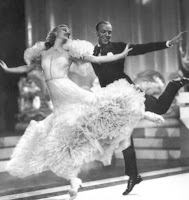 If you avoid black and white movies, you're missing out on some serious art. And entertainment. (via Metafilter)

The Evolution of the College Dorm. This may explain some of the outlandish rise in tuition the last few years.

The World's Best Places to Live 2008. Hmm, maybe we could learn a thing or two from the many European cities listed. (via the Presurfer)

An eight-year-old weighed 420 pounds! But guess what -she lost 320 pounds at an obesity clinic.

Marrying a person who shares your attitudes about money might just be the smartest financial decision you will ever make. It will at least make the divorce settlement easier to negotiate.

12 money-management tips for college students. Assuming you've got any money left at all two weeks into the school year.

No more "Coffee, Tea, or Me?" Flight attendants don't have it so easy these days, as this undercover journalist found out.

See the very first photograph of a planet orbiting around a sun-like star that's not in our system. It's not easy getting a good picture from 500 light years away!
Posted by Miss Cellania at 9/16/2008 08:14:00 AM