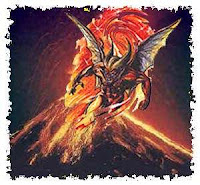 After a ScienceBlogger posted that Volcanoes are Evil, he was challenged to write good things about them. He responded with an expanded list of volcanic evils.

July 31 and August 1, Profiles in History will be auctioning off a ton of Hollywood props, costumes, one-sheets, and more. Items come from Star Wars, Blade Runner, Austin Powers, and Back to the Future, just for starters.

Shipping your luggage is now cheaper than taking it with you on an airline. Eventually, it will be cheaper to buy everything at your destination, then discard it.

Facebook is trying to bring some order to the chaos with a new design. It should make the site more like what it's supposed to be. (via Geek Like Me)

The rise and fall of an American beer. How Budweiser gobbled up the competition, up until they were gobbled up by InBev.

If you could guess what plant scientists are using to try for a cancer vaccine, you'd probably guess anything but ...tobacco.

Olympic torches through the years. Each Olympiad has its own torch, with its own story. (via Dark Roasted Blend)
Posted by Miss Cellania at 7/25/2008 07:21:00 AM