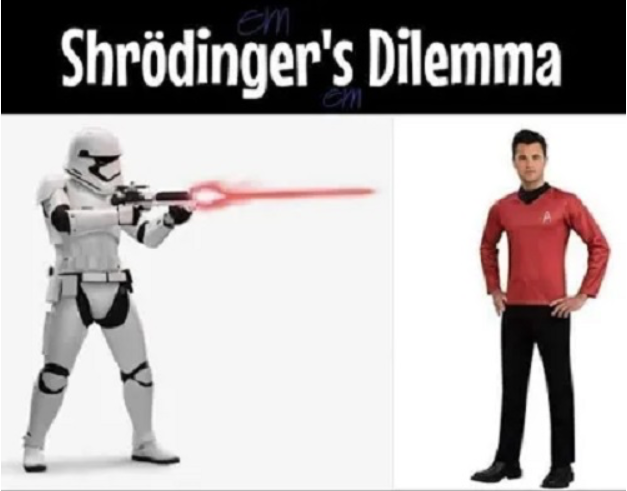 He'll miss, then the redshirt will step on an exploding rock or get hit by a freak lightning bolt or get shot at by thorns from a deadly plant or get bonked over the head by a native--all of which happened in one Star Trek episode

Yet in the original "Star Wars" (now known as Episode IV) when Obi-wan discovers the slaughtered Jawas and their destroyed Sand Crawler, he correctly realizes that it was done by Storm Troopers rather than Sand People because of the accuracy of their blaster fire.  He even says, "...these blast points — too accurate for Sand People.  Only Imperial Storm Troopers are so precise."

So maybe there's like a first-string set of Storm Troopers, and the rest are just mooks to fill the ranks?