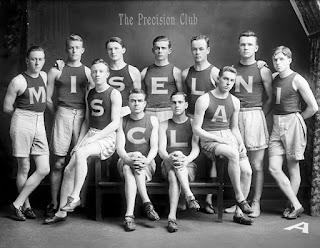 How Much a Dementia Patient Needs to Know. The truth is awful, so what's the harm in a little fantasy?

The American Teen Who Fell in Love With a Crown Prince of a Tiny Kingdom. You might not know about New York socialite Hope Cooke, who fell for Palden Thondup Namgyal, the crown prince of the Kingdom of Sikkim.

Maximizing shareholder profits is a great way to destroy humanity.

A Yukaghir girl writes a love letter. But that 1985 interpretation is not at all what it seems. (via Metafilter)

Fordham confirms that Trump team threatened the school if his grades became public.

The Absurd Structure of High School. The frenzied pace is failing everyone.

A Very Peanuts Third Party Category: You're a Good Man, Howard Schultz. The latest from Tom the Dancing Bug.

The Celebrity Name Spelling Test. It's actually called the Gyllenhaal Experiment. (via Kottke)

How to make a condom from scratch. Using a recipe from 1844.

Have you noticed how much they look like orchids? Lovely!
- Lazarus Long (Robert A. Heinlein)