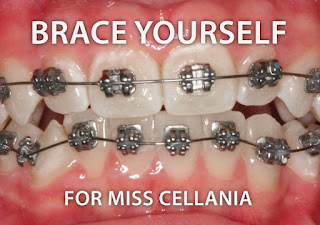 How People Created Ice in the Desert 2,000 Years Ago. It's the ancient art of "night-sky cooling."

The Trump administration is not keeping its promises to asylum seekers who come to ports of entry.

An Expanding Circular Dining Table. Watch a table for four become a table for eight and still look good.

Is a Hole a Real Thing, or Just a Place Where Something Isn’t? Is it the dough you cut out of a doughnut, or the space that's left behind?

The Impossible Skateboard Flip. Top skaters can do it, but they have to understand the physics involved.

A New Study Confirms That American Workers Are Getting Ripped Off. With a few depressing graphs.

How Humans Created the Ultimate Superpests. When we change the environment, animals adapt in any way they can.

Americans Are Having Fewer Babies. They Told Us Why. Public policy bears a lot of the blame for our changing demographics.

The boxing film mentions Bob Fitzsimmons. A year before he was in a world boxing championship fight that two armies tried to stop that also influenced movies.

Part of the story is here:
http://vvchc.net/marker/prizefight%20on%20rio%20grande.html

They wanted to hold it in Texas, but the Texas governor hated boxing and held a special session to create a law to prevent it. Since big money was getting behind the fight, they went to Mexico. Mexico didn't want people coming to Mexico to do something illegal in the US, so they prevented it to.

The solution? They went to an island in the middle of the Rio Grande. The Texas Rangers were along one bank of the river, and the Mexican Army was along the other bank. But since the nationality of the island in the middle of the river was in dispute, neither dared go to it and potentially start a war.
The rest of this I heard from an early Paul Harvey radio broadcast:
Edison had one of his cameras at this fight too. Also there was Eadweard Muybridge who had inventions for taking fast action motion pictures (including a perferated film strip), and was the first to take pictures of a horse showing that at some point during a gallop, all four hooves leave the ground.

His filming of the fight didn't turn out, so he did more tinkering. He actually asked Bob Fitzsimmons if he wanted to fund development of his inventions, and he agreed! He went to Southern California do more experimenting with filming a horse. This particular horse was named Hollywood.

Now in typical Paul Harvey fashion, he implies but never mentions if this is how movie making and the name Hollywood first came to Southern California, but it is a fascinating story in any case.