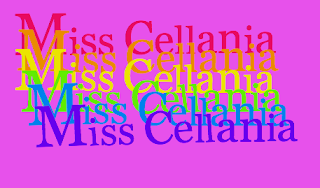 Who Owns the Moon? A Space Lawyer Answers. The 1967 Outer Space Treaty settled the question before Apollo 11 touched down.

Wayne’s World: A Classic Comedy About Creativity and Commerce. In 1992, 'selling out' was a controversial decision.

More Voters Are Being Kicked Off the Rolls, Especially in States with a History of Discrimination.

Remembering Antarctica’s Nuclear Past. McMurdo Station was powered by a small nuclear reactor for a short time, but it will never happen again.

Don't Leave Your Parabolic Mirror in the Car. The results might be hard to explain to your insurance adjuster.

The Risky Thailand Cave Rescue Relied on Talent, Luck, and Sticking to the Rules. A professional diver explains the five rules of cave diving.

Europe's Scorching Weather has Revealed a Mysterious Henge. Parched vegetation in Ireland's Boyne Valley draws a distinct picture of the structures below ground.

The Allure of Small Towns for Big City Freelancers. Having started out in a small town, this freelancer feels ahead of the game.

Trump’s Tax Cut Hasn’t Done Anything for Workers. Wages were supposed to rise. Instead, they’ve fallen.

Wonder how long before our PINO ("President In Name Only"), in his continuing blundering efforts to "Make America Great Again", renounces that 1967 Outer Space Treaty like he's done with the Kyoto Protocols and like he's trying to do with NATO and NAFTA.

The news about the purging of voter rolls, especially is the south, is really scary!