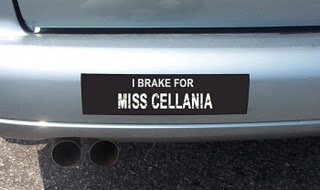 A Guide to the Most Delightful -and Sinister- Dollhouses in Pop Culture. There are 23 of them in this list, mostly from the past 20 years or so, but they go back as far as 1963. (via Digg)

Liberal Blind Spots Are Hiding the Truth About ‘Trump Country.’

How to Stage Photos for a Real Estate Listing. A realtor trying to sell a two-bedroom house in Granbury, Texas, enlisted the help of a T-rex! (via Boing Boing)

Here’s What Happened When The Government Lost Control Of The Biggest Nuclear Cleanup In The US.

How the Mesmerizing ‘Sibiu Eyes’ Became a Protest Symbol in Romania. The traditional anthropomorphic windows are recognizable as someone keeping an eye on things.


Storsjöodjuret, Sweden's Legendary Lake Monster. Accounts of sightings go back over 300 years, of a creature that's estimated to be anywhere from 10 to 42 feet long. (via Strange Company)

Physicists are Preoccupied with Beauty. A hypotheses doesn't need to be aesthetically pleasing to be true and enlightening.

I enjoyed the NYT article. The only line I didn't like:

". . .it conceals well-informed, formally educated white
conservatives - from middle-class suburbia to the highest
ranks of influence - who voted for Donald Trump in legions."

As one of those, I have no desire to be "concealed" and I
most certainly also despise unfair power.