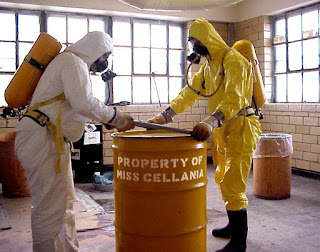 We Have a Good Chance of Curing the Common Cold. There are more than 160 strains of rhinovirus, but scientists around the world are fighting them.

The World’s First Robot-Cooked Hamburger is Upon Us. This machine does everything from grinding the meat to placing the pickle.

What are the Odds That You'll Ever be Hit by a Meteor? Pretty darn small, but we have accounts of people who were.

The Obsessive Search for the Tasmanian Tiger. Supposedly extinct since 1936, there have been thousands of sightings of the thylacine, with no hard evidence.

The Sonic Pickle Juice Slush was Created by People Who Hate Pickles. If you order one, expect the same amount of sugar usually found in a fruit slush.

Why the Skeleton of the “Irish Giant” Could Be Buried at Sea. Charles Byrne never wanted his remains to be on display, as they have been for 235 years.

How Rich People Buy Their Way Out Of Jail.

4 Famous Movie Cliches (And The Weird Reasons They Exist).

An Interview With the Woman Who Sold Me Her Wedding Dress.


A blast from the past (2015): The Adventurous Life of Jane Dieulafoy, Pioneering Archaeologist, Artist, and Feminist.