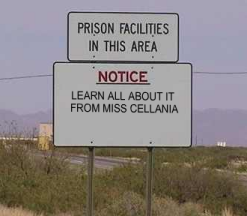 5 Things You Didn’t Know About the Summer Solstice. While the days will only get shorter from here, temperatures will still go up.

The Forgotten Chefs Who Made Chili Con Carne a Tex-Mex Standard. Women running their own businesses gave us an entirely new cuisine.

You Would Never Expect Killer Whales to Appear Here. Arctic Ocean prey that once fed polar bears is fair game for orcas.

First Impressions. Tom Comitta took the first sentence from 268 New Yorker short stories, sorted them, and combined them into one surprisingly cohesive tale.

Sneaky Ways Restaurants Are Hacking Your Brain. Check out 25 subtle tricks that make you spend more.

Economist Austan Goolsbee explains tariffs with a story about plumbing gone wrong. I recommend listening to it instead of reading the transcript.

Trump's executive order doesn't mean the end of zero tolerance arrests, and it might not even keep families together. It doesn't do a thing for kids already taken.

Here’s How You Can Help Fight Family Separation at the Border. A list of resources and organizations that need your skills, time, or money.

Here's how asylum seekers at the border were treated before this summer.

An Immigration Attorney on What It’s Like to Represent Small Children Taken from Their Parents.

Top Ten Reasons We Take Kids From Their Parents At The Border.

Since when did this country start being run on the basis of 'executive orders' and early AM tweets rather than duly debated and enacted laws? This is nothing more than the King in "The Wizard of Id" delivering proclamations to the peasants from his balcony.

The only difference is that Trump doesn't use a balcony.