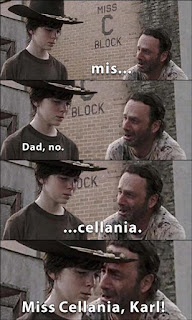 Can The Walking Dead survive without Andrew Lincoln? For eight years, the show has revolved around his character Rick Grimes.

The Little Hero. A familiar yet delightful story.

The Story Behind the Most Decorated Military Unit in U.S. History.

How Dangerous Are the Northwest’s Volcanoes? America has more volcanoes than you realize, but scientists are keeping an eye on them.

The Robot Revolution: Coming to a Restaurant Near You. Students from MIT have already opened a restaurant where robots prepare entire meals in a bowl.

How 1960s Film Pirates Sold Movies Before the FBI Came Knocking. Before DVDs or even VHS tapes, you could watch illegal copies, if you had a film projector.

The Symbolism of Hand Amputations in Star Wars. They are both Freudian and a handy plot device.

A Newly Discovered Victim of Mt. Vesuvius Was Crushed by a Huge Stone. While it looks gruesome, his death was obviously quick.

16 Genius Restaurant Menus That Are Straight-Up From The Future. Some are designed to give you useful information before ordering, while others are just fun.

The term "Jumping the Shark" comes to mind as I watch
The Walking Dead. They haven't done it yet, but it's
coming. There's only so much you can do with a Zombie
Apocalypse and nine seasons is enough. Go out on top or
continue to milk it for the money. I wonder what Robert
Kirkman thinks and just how much influence he has.