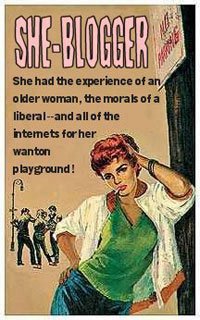 The X-Men Movies You Never Saw. Filmmakers have been pushing the comic book heroes for almost three decades.

The royal wedding called as a soccer match.

How The Gambia Learned to Grow Both Forests and Food. The trick is allowing communities to own, care for, and protect their pieces of the forest.

There Is Only One Trump Scandal. (via Metafilter)

Having Babies on Mars Is Going to Be a ‘Titanic Challenge.’ At least one scientist suggests that we start genetically modifying humans to withstand the rigors of reproduction beyond Earth.

Why Do Cats Blep?

Josiah Henson, the Real Inspiration for Uncle Tom’s Cabin. He settled in Canada, where he was free to publish his life experiences.

24 Things Princesses At Disney Parks Would Never Tell You. The job comes with strict rules and high standards, but doesn't pay well.

Meet Gustaf Broman, the 19th Century Con Man Who Attempted to Cross the Atlantic in a Log Boat. He never expected to succeed, as he had other plans for the trip.

19 Acclaimed Authors and Their Typewriters. Some of those machines are still around, and some are still in use.

Thanks for that Atlantic article . It helped me to calm down!

So the FBI used an informant to investigate Russian ties
to Trump's campaign, but not to spy. Sure. OK. Which I
guess also makes it OK for the FBI and Justice Department
to justify their refusal to turn over documents related to
the issue.

The Story Must be Told because Democracy Dies in
Darkness says our friend the Washington Post. Except in
this case, or pretty much anything else associated
positively with the current President. This time, pretty
much everyone's OK with law enforcement and U.S.
intelligence services injecting themselves into partisan
politics. Good luck with that in the future.

The FBI has infiltrated criminal, political, and other organizations for a hundred years. Sometimes it's for political purposes, like to find "communists" in unions or Hollywood, or to discredit Martin Luther King. In this case, it was to investigate Russian interference in the election.