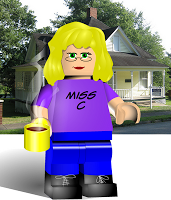 Solo Marks Star Wars's Return to Sleaze. Without lightsabers, the Force, or the fate of planets in the balance, we get a look at the seedy side of a galaxy far, far away.

Why Are Our Brains So Big, Anyway? A new study points to what we needed to think about the most.

Seventy-Five Years Ago, Women Baseball Players Took the Field. The short-lived All-American Girls Professional Baseball League proved women could play, but it was far from equitable.

Life Inside Texas' Border Security Zone. Billions of dollars have been spent making it a police state, with residents constantly under surveillance.

Remembering the ‘Saurian Monster’ That Terrorized 1880s New Zealand. In a nation that has few predators of any size, the attacks caused a sensation.

Camels Can Eat Long-Needled Cactus. They've adapted to a desert diet, but watching it might make you feel nervous.

Medical Mystery: Something Happened to U.S. Health Spending After 1980. (via Metafilter)

A blast from the past (2012): Four Feline Photographers.

I’d unravel every riddle
Bring peace to east, the middle
The oil I’d keep for gain