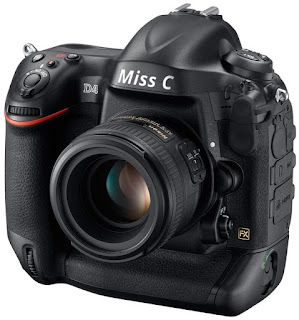 A Warped Mindset. Bringing you Nintendo video game news as it happened, thirty years after the fact.

The Legacy of Star Wars' Journal of the Whills. The early idea was to narrate the saga, and you won't believe who was going to do it.

J.R.R. Tolkien and C.S. Lewis went to the theater together to see Snow White and the Seven Dwarfs together. They both hated it.

There Is A Venomous Snake In This Picture, But Good Luck Finding It. Even after it's pointed out, you might easily step on it.

If a Unicorn Frappuccino doesn't turn you on, maybe you'd prefer some charcoal-black Goth ice cream! Get them at ice cream shops in Los Angeles and New York. (via Boing Boing)


Between December 1884 and December 1885, Austin, Texas, had eight axe murders. The murders did not stop because the killer was caught; they just stopped.

The founder of reddit's misogynic forum The Red Pill has been outed as a New Hampshire state legislator.

The new issue of National Geographic features an in-depth look at What Makes a Genius. We meet examples of genius, from Leonardo da Vinci to jazz pianist Keith Jarrett, with the research into what makes those people different from the rest of us.

Gen. George Patton’s wife put a Hawaiian curse on his ex-mistress. She was dead within days. (via Metafilter)

WaPo's paywall is a pain.

If Tolkien and Lewis didn't care for the way Disney depicted dwarfs, one must wonder how they would have viewed the dwarfs as envisioned by Sir Terry Pratchett in his Discworld novels.