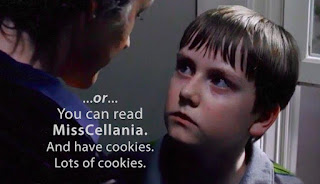 An Essay on the Greatness of Gilligan's Island. Eddie Deezen shares the love.

Target Cashier Gets A Big Reward For His Viral Act Of Kindness.

The Man Who Almost Missed Puberty. He should have seen a doctor years earlier.

A Canadian Bride’s Broken Zipper Was Fixed By A Syrian Refugee Staying Next Door. The master tailor didn’t speak any English, but saved the wedding with his skills.

Horses Can Be Taught to Communicate With Us Using Symbols. Particularly if it gets them a nice warm blanket.

The Mystical Early Pennsylvania Settler Who Lived in a Cave. Johannes Kelpius was a devout Protestant who also practiced astrology, numerology, and alchemy.

How an L.A. Printer Kept the Art of the Album Cover Alive. Read about the history and the art of record jacket printing.

How the 'war on drugs' actually encourages drug addiction. And fills all our prisons.

The Doonesbury Trump retrospective proves that Garry Trudeau had Drumpf's number all along.

Thanks for the Trump cartoons. I love Doonesbury!