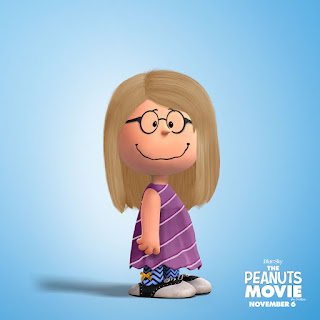 Cat Predation in England. The science of little killers.

To promote the The Peanuts Movie that hits theaters November 6, 20th Century Fox has a generator with which you can customize a Peanuts character. This one is as close as I can get to one that resembles me. (via Flavorwire)

Harry doesn’t know much about his ancestors, but JK Rowling knows. She posted a look at the Potter family history and genealogy that explains the name and where all that money came from. (via Geeks Are Sexy)

The Selfie from Hell. Warning: terrifying.

How Cats Won the Internet. Maria Bustillos wrote a delightful essay that gets to the heart of the matter. (via Metafilter)

The History of Female Anger. And the various ways dismiss, belittle, or ignore it. (via Boing Boing)

The Screen’s Greatest Crime Lords. Meet 23 of the best mobsters in pop culture.

You are now free to sing “Happy Birthday” in public. A federal judge has declared the song to be in the public domain.

Indiana Jones and the raiders of the lost Hollywood franchise. Imagine all the ways Disney could screw up further sequels about the old-style archaeologist.