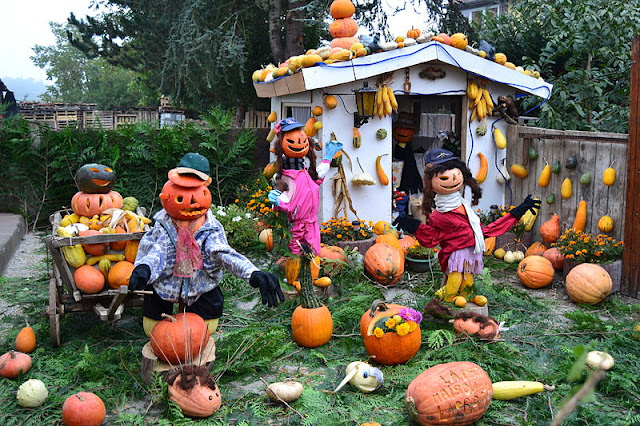 Last week a popular post at Jezebel told us Fall is the Worst Season. It poetically compares autumn to the decline of life, which overlooks two things: first, the decline of life is when it has its fullest value and grows the sweetest, just like fruit. Second, autumn comes around every year, and if we are lucky, we get to enjoy many of them. Autumn happens to be my favorite season, and I don’t mind to share the many reasons why fall is the best. 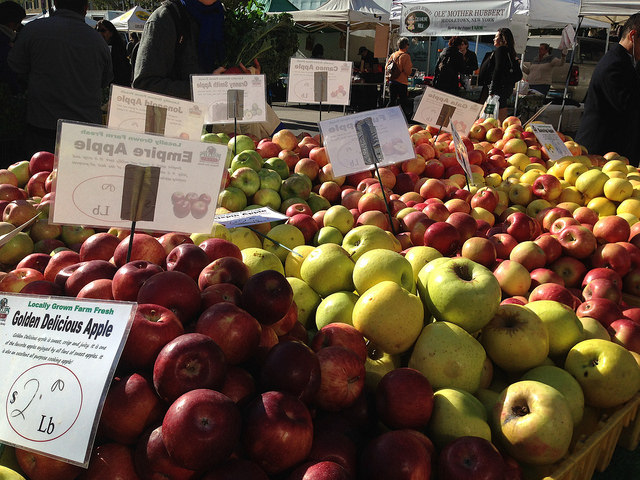 Your local farmers market and grocery stores are full of apples of all kinds. Just a few years ago, they’d all be red delicious or golden delicious apples, and unless you had your own tree, there wasn’t much choice. But consumer demand led to an explosion in available apple varieties with different tastes and uses. Granny Smith apples are tart for making pies, while Honeycrisp apples are the kind you want to sink your teeth into. This autumn, you should try a few types you’ve never had before. 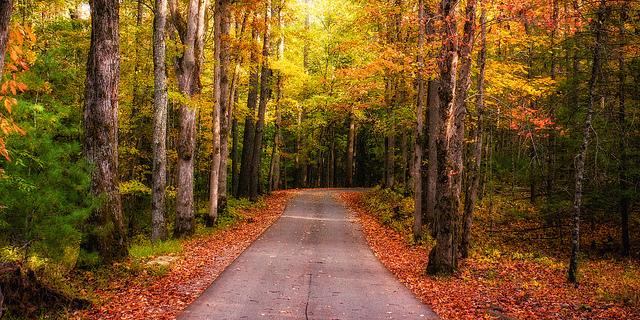 Matthew Paulson via Flickr // CC BY-NC-ND 2.0
Every fall, I get a sudden urge to make a quilt. I’ve made maybe a dozen patchwork quilts in my life, back when I had a 9 to 5 job and watched TV at night, sitting behind my quilting frame. The inspiration I get this time of year comes from looking at the mountains, with their magnificent splotches of red, yellow, and orange along with patches of evergreens. The urge to start cutting fabric lasts until the mid-November rainstorm that brings the rest of the leaves down.

Raking leaves might seem like a chore, but when you get children involved, it can turn into a party. Who can rake the most leaves up the fastest? Who gets to jump into the pile first? Don’t take too long to decide, because the dog will take the first leap is he gets a chance! The oaks, walnuts, and maple trees that shade the yard are the reason I have to arrange an overflow bin for compost material in the fall.

View image | gettyimages.com
For fans of American football, the start of the school year means Little League football, high school football, college football, and the NFL. Pick your poison or enjoy them all! You don’t even have to be a football fan to have good memories of your team taking the field. You might just like tailgate parties, and who can blame you? For me, football reminds me of high school, which meant marching in the band, looking forward to the homecoming dance, the one powder puff game I actually played for charity, and the night I met that cute guy from another school. Actually, that happened a few times. 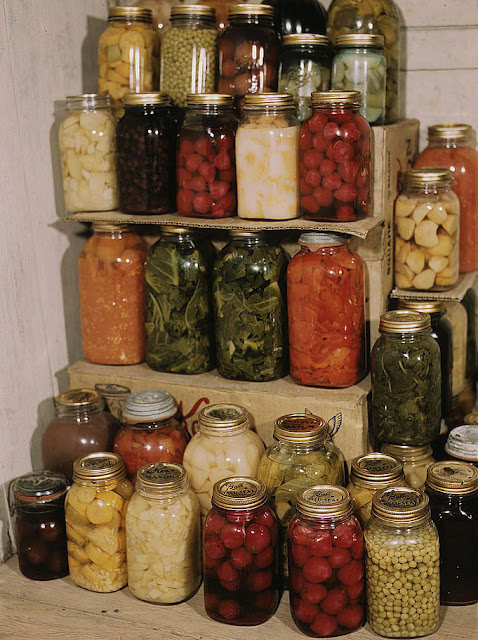 Sometime in September, I can sit back and admire a wall of glass jars full of garden produce from my own backyard. Oh, there are still vegetables growing, but only enough for the table. The squirrels are busy hiding acorns for the winter, but I’m one step ahead of them. We could be snowed in for weeks and still have plenty to eat if you don’t require meat at every meal. 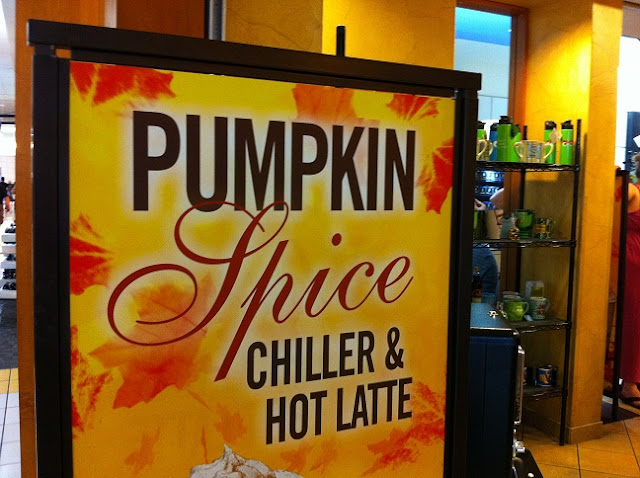 ParentingPatch via Wikimedia Commons // CC BY-SA 3.0
While winter is defined by temperature, and summer is defined by activity, autumn is all about smell and taste. Cinnamon, cloves, nutmeg, and ginger are preserving spices we associate with pumpkin pie, and (with or without pumpkin) are the flavor combination we call pumpkin spice. We flavor our coffee, tea, cakes, candy, bread, chips, and even hamburgers with it. Starbucks’ pumpkin spice latte became so popular that the flavor -or at least the scent- has made its way into non-edible items such as shampoo and soap, and lampooned, as in the seasonal pumpkin spice oil change. 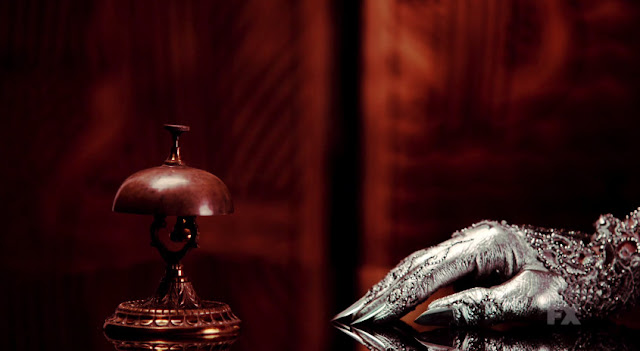 Television networks traditionally debut new shows in fall, although that’s not as traditional as it used to be. I recall when a “season” meant 39 new episodes in a year, with a break for Christmas specials and reruns in the summer. Now we have hundreds of channels and shows that have as few as ten episodes in a season. Looking at the bright side, that means lots of different shows for lots of different tastes, and usually plenty of opportunities to catch them in repeats. It also means a whole slew of new shows to sample every fall. 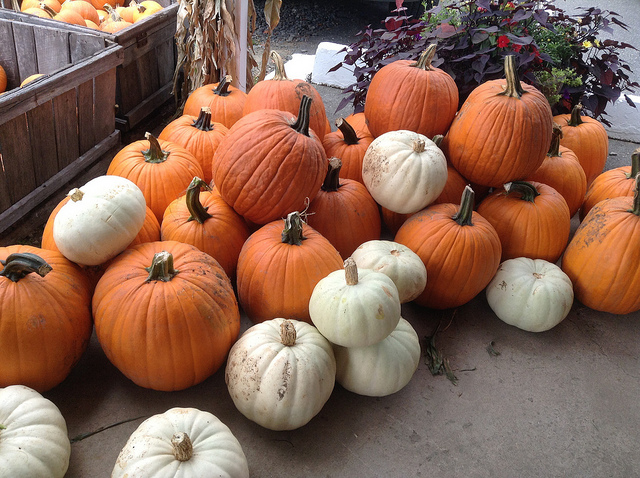 The largest and slowest-growing of all garden vegetables is an icon of autumn. I’ve written about my adventures in growing pumpkins and the many ways you can use them, including several pumpkin-based sports. If you don’t grow pumpkins, you’ll want to check out the farmers market for a jack-o-lantern sized specimen, or go to one of the many fall festivals held by farms to pick your own. Which brings us to…

View image | gettyimages.com
In addition to pick-your-own produce, petting zoos, and hay rides, the corn maze (maize maze?) or hay maze has become a staple at fall farm festivals. They have become more competitive and more elaborate over time, particularly because of computer-aided design and drone photography. An amazing design seen from above can draw in patrons from long distances when a design goes viral on the internet. You can see some in a previous mental_floss post. If you are worried about getting lost in a maze, have the maze operator add their number to your phone before you set out.

View image | gettyimages.com
The boys of summer play well into the fall. This year’s World Series begins on Tuesday, October 27. 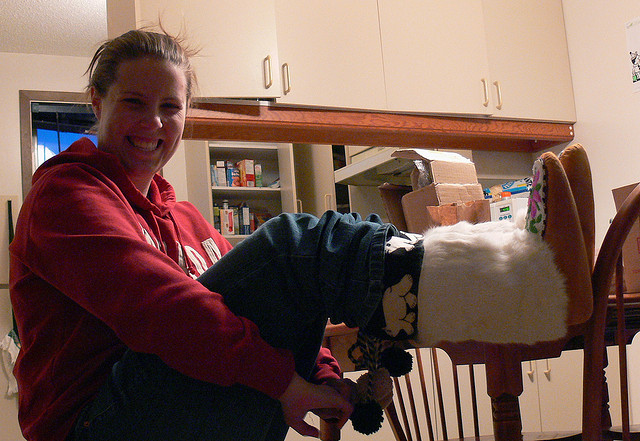 Jodie Wilson via Flickr // CC BY 2.0
Cooler temperatures in October are a relief after a hot summer. And even as it gets colder than you like, there are neat ways around the chill. You get out your favorite sweaters and realize you forgot how soft and comfy they are. Oh, there's your winter house shoes! And those lovely boots. Your knee-high dress boots, mukluks, or even Uggs are waiting to warm your toes. And while you may enjoy lounging in your Snuggie, I think I’ve found an even better winter wardrobe in the new Dame Gi. 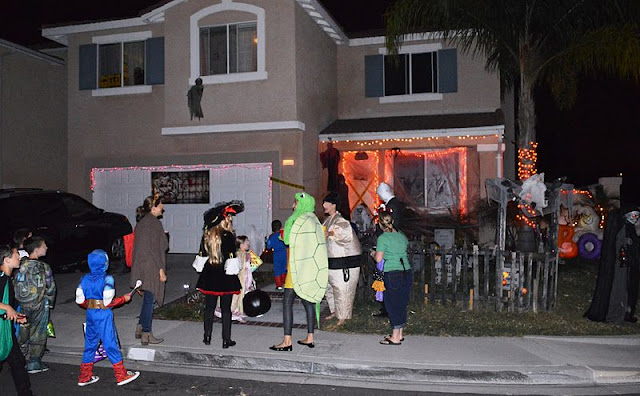 Nandaro via Wikimedia Commons // CC BY-SA 4.0
Autumn means pumpkins, longer nights, spiders, and All Hallows Eve on October 31st. We enjoy Halloween so much, we’ve turned it into a month-long season in which we plan our parties, perfect our costumes, watch scary movies, and decorate our homes in a spooky theme. I saw the first “Halloween tree” in the neighborhood before September was half over. Next weekend, I’ll pull out the storage bin and string hundred of orange and purple lights to illuminate the night during the month of October. And I might even try some spooky Halloween recipes. Or a lot of them. 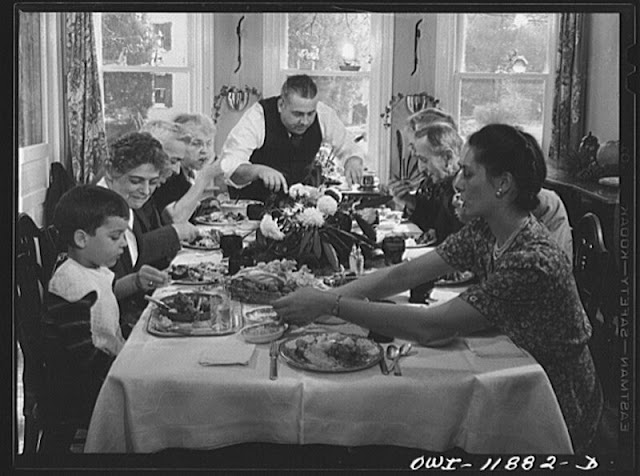 Library of Congress via Wikimedia Commons // Public Domain
After Halloween, you might take down the spider and witch decorations, but leave the scarecrows and whole pumpkins, because autumn is not over yet. We’ve still got turkey, dressing, and pumpkin pie to enjoy! Thanksgiving began as a celebratory harvest feast, courtesy of the Pilgrims of Massachusetts Colony and the Native Americans who aided them. Now it’s a ritual of food and family tradition, with football and a parade thrown in. You could say it’s a celebration of all things autumn, which is a great way to wrap up the season before we’re onto the Christmas holiday activities. So enjoy every moment of autumn, in all the ways you like it.