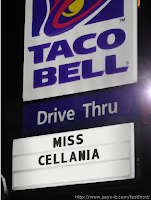 A Reality TV Editor Reveals The Most And Least Fake Shows. Which only puts details into what you already knew just from watching them.

A new study shows doctors have a much higher burnout rate than non-doctors. But a look at how this survey was done makes its meaning even muddier than it sounds.

20 Incredible Migrating Monarch Butterfly Pictures. Sure they're beautiful, but there's also so many of them!

Have you ever heard a Broadway show tune sung in the Klingon language? Rachel Bloom is not only fluent (as far as I can tell), but she can also carry a tune!

This is what Mt. Rushmore was supposed to have looked like when it was finished. Lack of funds caused construction to stop in 1941.

The Fresh Prince Of Bel-Air’s 20 Greatest Sports Moments. It's more than shooting some B-ball outside of the school ...but that one's in there!