Curiosity and Its Big Brothers 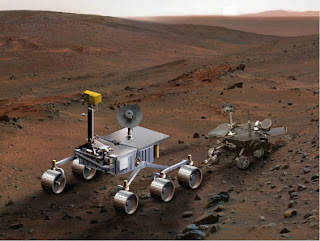 When the Curiosity rover landed on Mars, we were all excited. Victory! But then I started to see some Tweets and some forum comments that sounded like some people were celebrating the fact that we landed on Mars …as if it had never been done before. Au contraire! Let’s look back at some of the many Mars missions, probes, and rovers that paved the way for Curiosity, in this article I wrote for mental_floss.