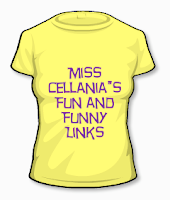 9 Things You Missed At The Beverly Hills Tea Party.

With this web toy (also known as a Javascript bookmarklet), you can turn any website into your own game of Asteroids. Drag the script to your toolbar, then activate it to begin shooting stuff on the page. (via Gorilla Mask)

Mark Zuckerberg Did Not Enjoy The Social Network. You can tell because the “like” button suddenly became disabled.

This menu was apparently translated by machine. Or by someone who doesn’t speak both languages, but was in a hurry to get the job done. (via Dark Roasted Blend)

4 Infomercial Superstars (and Where They Came From). But wait! For extra shipping and handling, we’ll throw in videos of each.

Genki Sudo and his band World Order have a new song called Mind Shift. You might not even notice the song while you’re watching the baffling video.