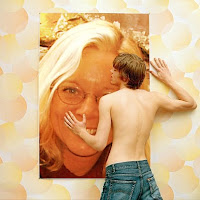 5 times we almost nuked ourselves by accident. In this case, “we” means America, and it’s a wonder we are still here.

Here’s a delightfully thorough post about alphanumeric phone numbers that were in use through the biggest part of the 20th century. “Pennsylvania-65000″ was part of a system set up to help callers find and remember ever-longer strings of numbers as the newfangled “telephones” became popular. (via TYWKIWDBI)

50 Secrets Your Pilot Won’t Tell You. Not all are scary; in fact some may make you a better passenger. (via Consumerist)

Strange and Different Restaurants. Food is food, but there are some experiences that are worth eating out for.

Things I Don’t Have to Think About Today. You can be sure a lot of folks thinks about these things every day of their lives. (via Metafilter)

Dog is a story told in ten parts, but it’s a quick read. If you’ve ever had a dog, you’ll want to bring a hanky.

Astronaut/scientist Don Petit invented a coffee cup that works in zero gravity. As strange as it looks, it beats sucking hot liquids through a straw.

Memoirs of a Bullied Kid. A father shares his memories, his recovery, and his advice for helping our children.

It took a lot of energy to make the leap from single-cell microbes to complex organisms. Luckily, this little problem was solved an awful long time ago.
Posted by Miss Cellania at 10/21/2010 05:30:00 AM