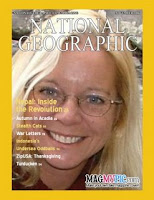 Ten Inventions That Inadvertently Transformed Warfare. We’ve always been good at re-purposing our inventions for new jobs, even when that means waging war.

Should children witness their mother giving birth? A seven-year-old and a three-year-old didn’t want to be there when their little brother was born at home. (via NeatoBambino)

6 Flicks That Drove Crazies to Kill. I felt homicidal after sitting through Howard the Duck, but the ticket seller who recommended it had already left by then.

“…boom, there are all these wildcatters and roughnecks throwing up the Stars and Stripes on little mounds of manure all over the world.” A fascinating look at American imperialism, the Guano Act, and how to take resources without taking responsibility. (via Metafilter)

A hundred hours a week plugging gunshot wounds and putting broken bodies back together as fast as possible. That’s the life of a trauma surgeon in Detroit. (via Boing Boing)

In 1726, a woman gave birth to dozen of rabbits, some while being observed by physicians. One gullible doctor even published the case before the hoax was discovered. (via the Presurfer)

Darpa is developing hi-tech methods for predicting potential homicides, suicides, and traitorous actions in military personnel. They don’t know (or won’t say) exactly what they are looking for, besides “anomalies”.

10 Awesome Indiana Jones Facts. This will give you something to talk about the next time you have an Indy film festival at your home.
Posted by Miss Cellania at 10/14/2010 06:01:00 AM