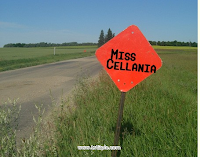 For the fifth year, College Scholarship.org is offering the $10,000 Blogging Scholarship. If you are a college student with a weblog, get your entry in by October 21st!

Rolling Stone magazine traveled to Kentucky for research on the Tea Party. I'm honestly afraid people voting against their own interests may decide this election.

Australia’s Lost Giants. Seven foot red kangaroos are scary, but they may have fallen to a puny predator called Homo sapiens.

Citizens of Sicily are standing up to the Mafia. There’s safety in numbers, and organized crime is beginning to look weak in the face of opposition.

Facebook Fakery. You will be shocked, shocked, I say, to find that the movie The Social Network is not exactly a true story.

Do you know how to use various shapes of pasta in recipes -or even name them? The Geometry of Pasta has the terms, usage, and recipe for dozens of them. (via the Presurfer)