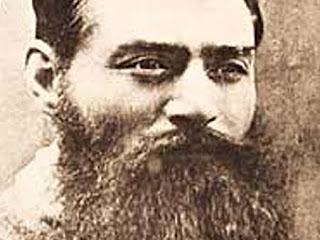 Nineteen-year-old Colton Harris-Moore was arrested in the Bahamas Sunday after a two-year run from the police. The “Barefoot Bandit” is accused of a string of robberies, including the theft of up to five airplanes. Along the way, he picked up 83,000 fans on his Facebook fan page and spawned a fan club. What makes an outlaw into a hero, or at least a pop culture figure? Those individuals who achieve such status have a few things in common that tweak the interest and sympathy of the public. Read about a few of these outlaws and the factors that made them heroes in this article I wrote for mental_floss.
Posted by Miss Cellania at 7/13/2010 10:16:00 AM