10 Things You Didn't Know About Ghostbusters 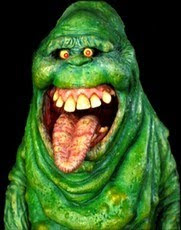 The 1984 film Ghostbusters starred Harold Ramis, Bill Murray, and Dan Akroyd as paranormal exterminators in New York City (later joined by Ernie Hudson). The script was written by Ramis and Akroyd. The movie was #1 for five weeks straight that summer, and became the most successful comedy of the 1980s. But you already knew all that, didn’t you? Here are ten things you might not know about Ghostbusters, in an article I wrote for Neatorama.
Posted by Miss Cellania at 7/21/2010 08:01:00 AM