5 Big Cities That Changed Their Names 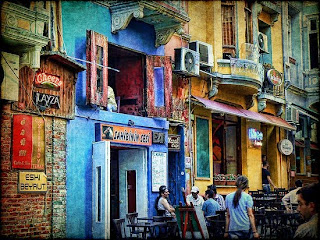 The Four Lads sang a song in 1953 about a city that changed its name.

Constantinople isn’t the only city to change its name. I grew up learning about Bombay, Canton, Leningrad, and Saigon (especially Saigon), but those names aren’t used much anymore. Here are the stories of a few city names, new and old, in this article I wrote for mental_floss.