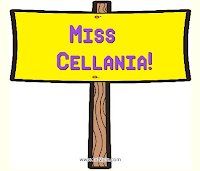 Holiday shipping deadlines for 2009, from a whole slew of big stores. If you don't want to push your luck to the limit, I'd advise ordering earlier. (via Gizmodo)

An Antarctic resident tells the story of explorer Robert F. Scott, who wasn't the first to reach the South Pole, but still made history by not making it back.

Awareness, cognition, and consciousness: maybe we are one the brink of defining what those things are. At least we are starting to experiment with them. (via Metafilter)

The New Shapes of Garden Produce. The next time someone finds a gourd or a root shaped like a human, you'll know how they did it.

The average American wastes 1,400 kilocalories a day, which means the US wastes about 40% of its food supply. It's not all your fault, since a lot of food is discarded before the consumer ever sees it. (via The World's Fair)

When is it OK to take an open flame on an airplane? When it's the Olympic flame, ignited in Greece and on it's way to Vancouver for the winter games. The Big Picture has 33 photographs of the torch's journey. (via J-Walk Blog)

Cannibalism in Germany? Evidence points to the practice occurring around 7,000 years ago in one particular town, but researchers don't know if it was ritual sacrifice, hunger, or maybe something else completely.