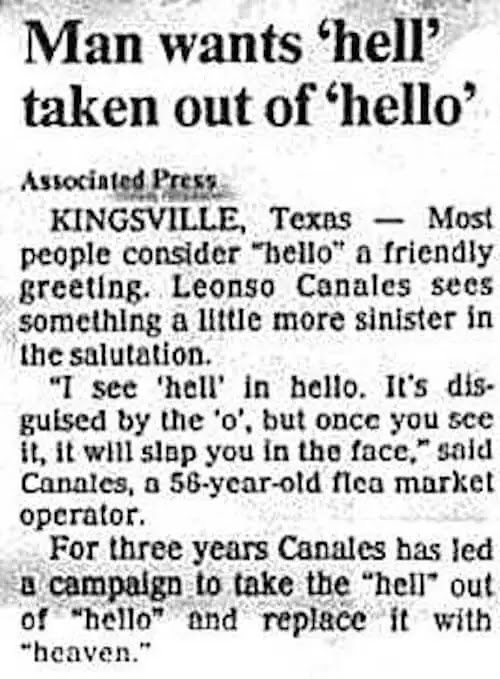 Take the heave out of heaven!

For whatever it's worth, Alexander Graham Bell (inventor of the telephone) proposed using the term "Ahoy" when answering the device.

You can thank Thomas Edison for 'hello' on the telephone. He tested out Bell's new telephone system and let people know that the 'hello' greeting was an easier word to hear on long-distant calls

(Apparently Czech soldiers liked the 'ahoy' that they heard British sailors using, so 'ahoy', spelled 'ahoj', is used in the Czech republic as an informal greeting and on the telephone, and, apparently also by Montgomery Burns on the Simpsons).