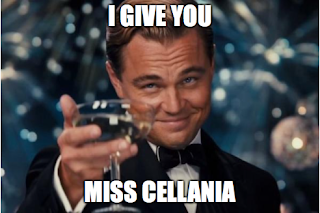 The 2023 Razzie Nominations. The awards will be announced on March 11.

What “choice” means for millions of women post-Roe. Also this.  (via Fark)

In the game 10 Typos, you'll be presented with a news article, and you must find the ten words that are misspelled. You will be timed (via Nag on the Lake)

15 reasons why the world needs Ukrainian victory. (via Boing Boing)

"Speaker of the House," a Randy Rainbow Song Parody. He tells the story of Kevin McCarthy to the tune of “Master of the House” from Les Misérables. Contains NSFW language.

If You Can't Understand Modern Movie Dialogue, You're Not Alone.

I love the d'Aubigny story. When my daughter was young, I used to make up princesses to tell her about in a attempt to counteract Disney's bad influence. Alas, none of the characters I created were nun-fuckers.

GOP "choice" = get out in the kitchen and rattle them pots and pans.

Thank you, I didn't know Neglected Princesses was back, I used to read it faithfully then it went quiet for a long time to work on a book. The stories were usually not as ribald as this but an interesting part of forgotten (most likely intentionally) history.