You Wanna Talk About Your House? 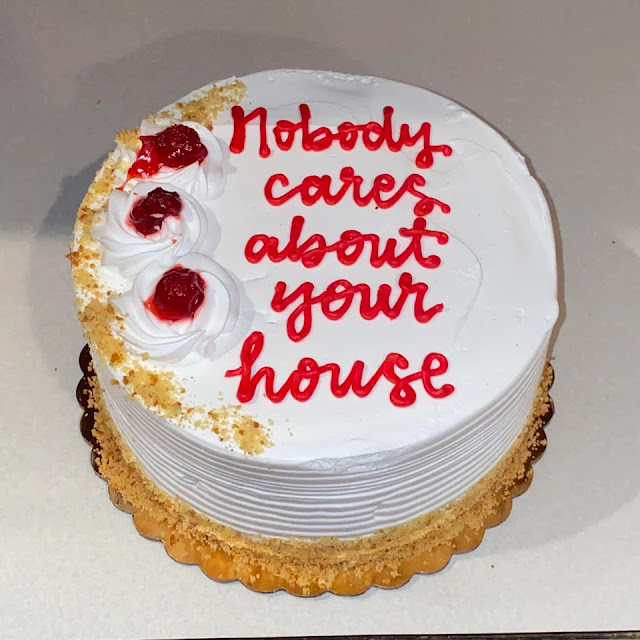 Redditor JSFord815 posted a picture of the cake he bought for his brother's birthday. The brother bought his first house this year, and won't shut up about it. I can relate. When you buy a house, especially your first house, there's an awful lot to talk about. The overwhelming majority of the top comments were on the brother's side. Everyone wants to hear about the house!
Posted by Miss Cellania at 6/12/2022 06:00:00 PM

I want to hear about the house AND I want to hear his brother bag on him for talking about it too much. The cake looks tasty too.

They all want to hear about it because when they've had enough they can just click. His brother and the rest of the family/social circle are captives at any function.