An Embarrassing Find from 1985 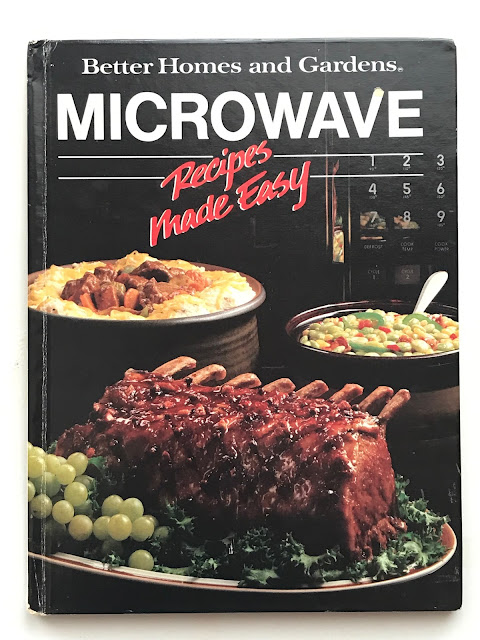 While decluttering my mother's house, we found a bunch of old cookbooks. Princess took some, but this one was left behind for a reason. Microwaves are for thawing frozen food and heating up leftovers. Princess would never cook a meal in a microwave, and Gothgrrl would never use a cookbook. But someone opened it. While I don't recall it at all, I apparently bought it for Mom, and mailed it to her with this custom poem. 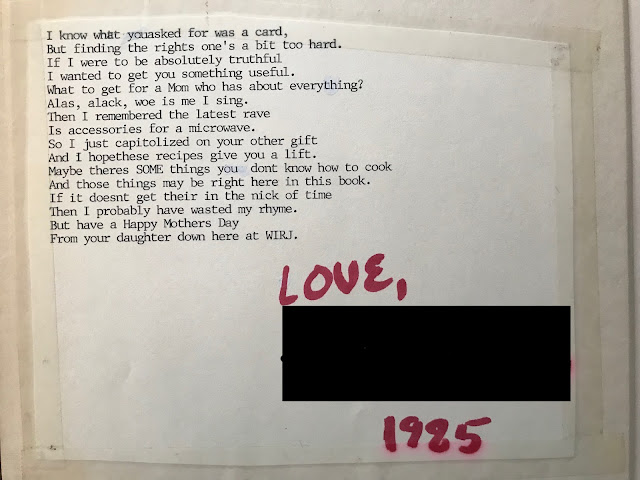 That was pretty awful. Misspellings, typos, and I misused the word "their." But I wasn't a writer then; just an audio performer of sorts. And I was using a real typewriter. But I was pretty good with a set of colored Sharpies! 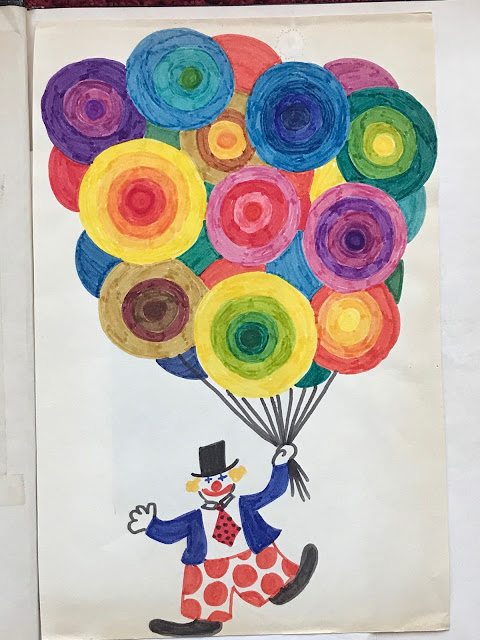 I must have been bored at work.

It's the memories that count!

Whatever you do, or think you can, begin it.
I like a poem with radio station call letters in it.

Love it! (and not because I worked for BH&G-)

Absolutely lovely. But you can cook say, a whole chicken in the microwave. Cook it in 5 minute increments, turning it over and basting it thoroughly with every reset. When it looks done, toss it in the oven to brown. Your guests will be shocked when you tell them the chicken was nuked... tell them AFTER they eat.

I would love to get a gift like that ... the poem and artwork! Microwaves (or the meecrowavay) are good for bacon, baked potatoes, and popcorn ... full stop. Well, maybe the emergency pizza slice reheat or a cup of hot water.