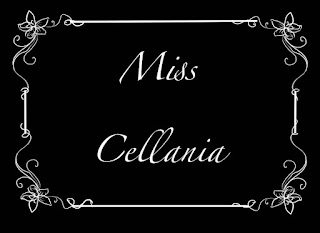 Juneteenth 2022: How Major Companies Are Trying to Profit Off the Holiday.

How Stonehenge Captures the Solstices. (via Strange Company)

HBO is Planning a Sequel to Game of Thrones After All.

For the first time since the company was founded in 1969, Nerf toys has unveiled a mascot. I'll give you three seconds to guess its name. (via Boing Boing)

When Sioux Falls, South Dakota, was America's "Divorce Colony." And those trials were the biggest entertainment around.

The Prison Bra Rule. (via Nag on the Lake)

Inside the making of the brilliant, moving first 10 minutes of Pixar’s Up.  (via Metafilter)

For many people, Labor Day and Memorial Day have lost all meaning and become a day of rest and amusement. The moment people understand what Juneteenth is, this will begin to happen to it as well.

I wonder how many companies jumped on Juneteenth not for the potential profit but afraid to be singled out for backlash as one who didn't acknowledge it.
Pretty obvious the Mad Men didn't have a clue when it was handed to them though. I guess red white & blue plates might infringe on 4th of July sales.

If I understand correctly, Junteenth is to recognize when the Emancipation Proclamation arrived in Texas on June 19, 1865.

Yet, Delaware and Kentucky had slaves until December, 1865--once the XIII Amendment went in to effect.

So what is Jenteenth remembering or celebrating?

It's commemorating the day that enslaved people in Texas were notified that they were legally free. Juneteenth has been celebrated as an informal holiday in Texas ever since.

As I understand it, Juneteenth is to celebrate the end of slavery in the United States, and additionally to celebrate black culture. Historically, this was the day that some black Americans in Texas celebrated these things. The dates of other holidays and celebrations we have in the US are also often approximate or even inaccurate. The precision of the date is not the important part of the event.

June 19the is when the last slaves in the country were notified of the emancipation proclamation. But it didn't end slavery, the proclamation only applied to confederate states, not the union states. So there was still slavery, although much much less, until the union states outlawed it with the 13th amendment.

To be precise, Texans knew about the Emancipation Proclamation, but also knew it would not be enforced until the war was over. Texas slaveholders did not broadcast the result of the war until the Union Army showed up to enforce the law.