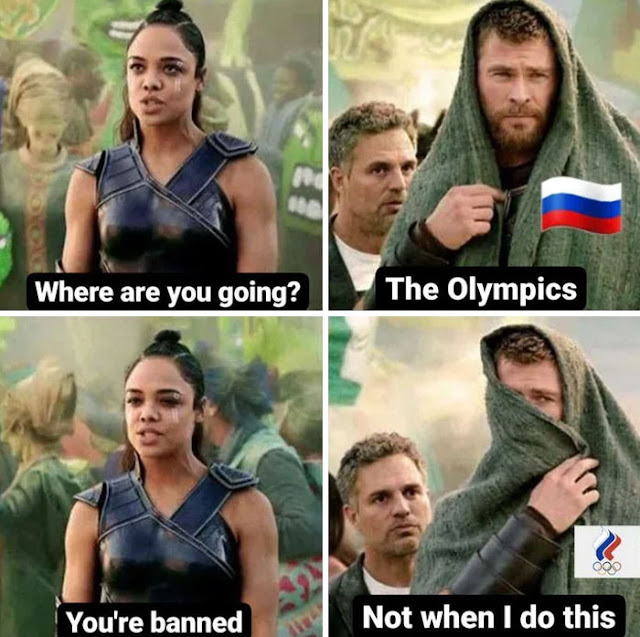 Not only don't I get the reference, I don't even get the joke.

It has to do with Russian athletes competing in the Olympics even though Russia is banned from this Olympics because of its athletes being caught doping in the previous one. .

They are competing as members of the flag of the Russian Olympic Committee instead of under the Russian flag.

You DON'T suck, just because one thing few under your radar. It's always okay to ask!