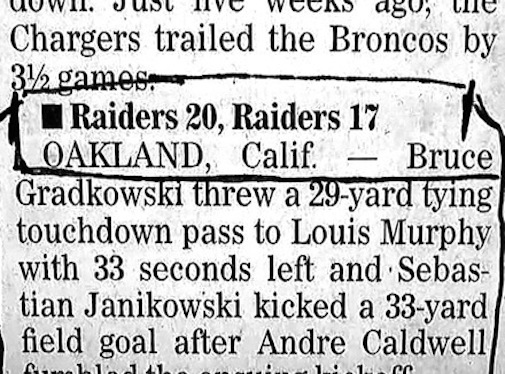 At first I thought maybe this was a scrimmage where they split the squad and played against each other in a pre-seasoon scrimmage, but then did a little research.  The game referred to took place on Nov 22, 2009.  The Cincinnati Bengals were playing the Raiders at Oakland/Alameda Country Stadium and wound up on the short end of the stick.

Yeah, never ascribe to logic what can be explained by an error.