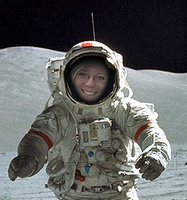 While the international Olympic Summer Games are getting started in Tokyo this weekend, Fairbanks, Alaska, is hosting the World Eskimo-Indian Olympics, as they have every year since 1961 (except for 2020). The 2021 competitions are going on now through Saturday.

Why Do We Call a Software Glitch a ‘Bug’?

Here’s how hard it is to vote in Texas already.

What words should mean, based on how they are spelled. This is really clever.

I Learned My Hometown, In New Jersey, Welcomed The KKK. A bit of research could uncover thousands of stories like this.

What I Learned about American Men as a Translator at a Matchmaking Agency. The men using international dating websites had troubling ideas about the shortcomings of American women.

Thanks for the link!

Wait ... the Tokyo Olympics are only the Summer Olympics ?
The newspapers here are calling them THE Olympics !

Yeah, there will be no bobsled in Tokyo. The Winter Games are next year in Beijing.