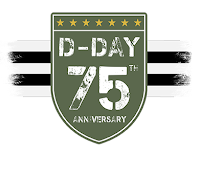 One of the Few Surviving Heroes of D-Day Shares His Story.

There was a peculiar period from the 14th through the 17th centuries where a woman could get a divorce on the grounds of failure to have sex, most likely due to impotence. What's most notable about the article is the bizarre lengths the author goes to in order to use every possible metaphor for sexual terms.

Family haunted by avalanche of bills after son’s death: 'It’s continuous.' The British don't understand how we accept this system. (via Damn Interesting)

The Political Costs of Not Impeaching Trump. Let's stop weighing all the possible consequences and do the right thing.

The Joker should have been a woman. And she finally went insane because too many random dudes told her to smile, so now she perpetually smiles while terrorizing Gotham. (via Metafilter)