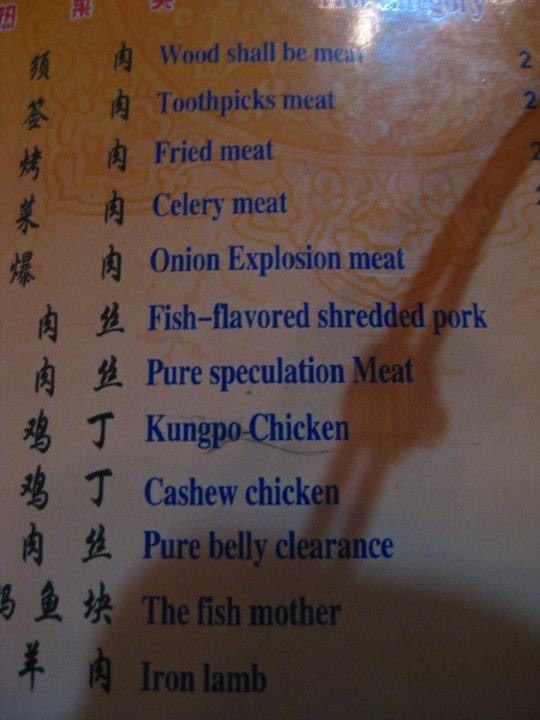 You've really got to wonder who does these translations, and who proofreads them before they go to the printer.

You'ce also got to wonder just who, after reading this, would still order something called "Wood shall be meat" or "Pure speculation Meat" — unless they were being dirty-double-dog-dared to do it.

I believe they are often machine translated. The problem is twofold. First, common idioms known in the native language are totally unfamiliar in English. Second, Chinese characters often have several meanings when they are isolated individually, as a machine would see it, while the intended meaning is modified by the characters around it.