This Week in Voter Suppression 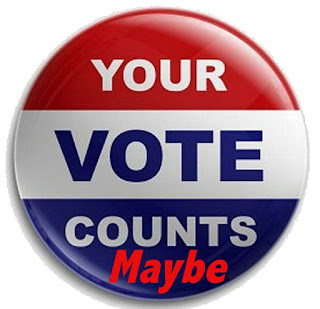 Kansas
Iconic Dodge City moved its only polling place outside town. One polling place for 27,000 people, and this year it will be even harder to get to. Dodge City is one of the few minority majority cities in the state. Then county election officials sent notices to newly-registered voters and gave them the wrong polling location.

Georgia
Georgia Voting Begins Amid Accusations of Voter Suppression. Voting should not involve suffering from heat exhaustion. Using an absentee ballot isn't an alternative because Georgia Is Using Amateur Handwriting Analysis to Disenfranchise Minority Voters. Also, more than 4,700 vote-by-mail applications were missing in DeKalb County, one of Georgia’s most populous and liberal-leaning regions. And voters have reported that their votes for Abrams have been changed to votes for Kemp.

Arkansas
Democrat says she felt 'sheer disbelief' after being left off ballot in one Arkansas county.

This is such a flagrant and blatant violation of the Voting Rights Act and the Constitution I cannot understand how they are able toget away with it. Can't a court order put a stop to it?

A court order could try. There have been quite a few lawsuits filed, but there is little time to do anything meaningful before election day. And what can you do when state officials just don't want to comply?


The Supreme Court struck down most of the Voting Rights Act in 2013.