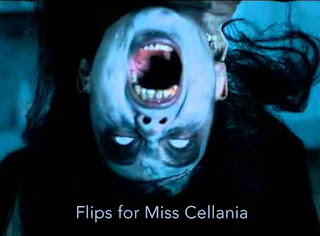 The Only Man Buried on the Moon. Eugene Shoemaker was eliminated from the NASA flight program over medical concerns, but he still went to the moon.

Who Pays? The vast majority of state and local tax systems are inequitable and upside-down, taking a much greater share of income from low- and middle-income families than from wealthy families. (via Nag on the Lake)

Living off the Land in the Arctic Circle. In Lapland, chefs and residents hunt and gather to make bear soup, lingonberry syrup, and reindeer.

The Disgusting Food Museum, opening soon in Sweden, will highlight recipes from around the world that make some folks salivate and others feel a bit queasy. (via Nag on the Lake)

Trump is glorifying violence against journalists. This is a national disgrace.

How Enya’s “Orinoco Flow” Went From a Hit to a Punch Line to a Pop Culture Anthem.

True Grit: From Weird Mascot to Eldritch Revolutionary. The Philadelphia Flyers new mascot Gritty has become a symbol of the Resistance. (via Metafilter)

He was a Confederate soldier. She was born into slavery. But they married in 1872 in South Carolina and eventually produced nine children.

When Crime Is a Family Affair. The case of the Bogle family illustrates how a penchant for crime is learned.

I wonder how long the Flyers will keep Gritty as their mascot?