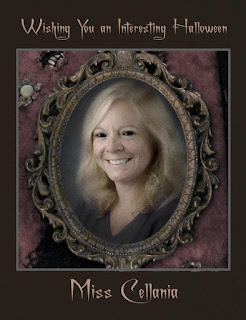 Boris Karloff in Frankenstein. Eddie Deezen tells the story of how the film was made.

When Halloween Was All Tricks and No Treats. Before World War II, holiday mischief was serious and rampant.

19 Delicious Things To Make For Día De Los Muertos. Sugar skulls are fine, but there's so much more to enjoy.

After I Adopted Two Black Babies, I Realized My Church Was Full Of Racists.

How to Sign Up for Health Insurance This Year.

The maternal death rate in the US more than doubled between 1987 and 2013, and black women are dying at the highest rates of all. (via Metafilter)

The Long, Strange History of People Filing Flying Saucer Patents. Believe it or not, none have made their inventors rich.

Google’s CEO Says the Company Will Drop Everything to Fix its Appalling Burger Emoji. Users are upset that its not stacked correctly.

These Are The Driving Rules That Everyone Ignores. A little consideration for other drivers would make the world a much better place.
Posted by Miss Cellania at 10/31/2017 07:00:00 AM