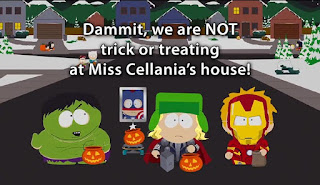 Zombies in the Real World.

The Lost Children of Tuam. In the Irish home for unwed mothers, the children paid the price.

Forgotten Romantic Rituals of Halloween’s Past.

How Martin Luther Changed the World. In honor of the 500th anniversary of the Protestant Reformation, the New Yorker has a relatively short biography of Martin Luther, warts and all, and a simple explanation of the beliefs that led him to revolt against the Catholic Church. (via Digg)

The Ultimate Halloween Candy Power Ranking. Walt Hickey crunches the numbers to determine why we like the candy we like.

The Best Horror Movies of the 21st Century. Update your watch list for new and expanded thrills.

Why Clocks "Falling Back" Are Good For Your Brain. There are practical reasons we don't stay on Daylight Saving Time all year long.

Sir Arthur Conan Doyle wrote a short story about a country doctor who found that a second doctor had set up shop in his village. Dr. Ripley is shocked to find that Dr. Smith is a woman!

Burials Unearthed in Poland Open the Casket on The Secret Lives of Vampires. An archeological excavation of a cemetery in Drawsko, Poland, reveals some of the lengths that the villagers went to to make sure the dead stayed dead when they were buried.