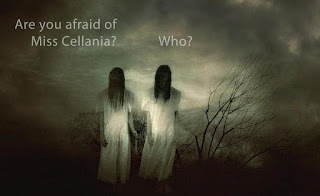 An Oral History of David S. Pumpkins. The SNL sketch was barely ready by showtime, but the audience loved it. (via Metafilter)

In 1963, Félicette became the first cat to fly into space. She returned to Earth unharmed, and may finally get a monument in Paris.

Women Face Unfair Standards When Dressing for Work. A uniform would make thing much easier.

How Jane Goodall Became Jane Goodall. The new documentary on her life is fascinating, but there's more to her story.

Here's What My Parents's 1974 Wedding Would Cost In 2017 Dollars. Even after adjusting for inflation, the price of wedding components has quadrupled in the past 40 years.

10 Obscure Cult Horror Movies Everyone Should Watch (and Re-Watch).

Equifax Deserves the Corporate Death Penalty.  They did one thing, and screwed it up so badly the rest of us have to pay the price.
Posted by Miss Cellania at 10/24/2017 07:00:00 AM